INORI: Prayer ? Conversation with Something Great Will it be possible for INORI (prayer) to 'turn on' genes?

The most prominent Japanese geneticist, Dr. Kazuo Murakami, has embarked on a scientific journey to unearth human actions’ possible impact on human DNA. His study has already proved laughter can activate certain genes, and now his study further extends to love, joy and especially prayer’s effects on DNA.

The film makes a scientific approach to reveal the power of prayer through a life story of Dr. Kazuo Murakami and a collection of interviews with a holistic health pioneer Deepak Chopra, M.D., a cell biologist Bruce H. Lipton, Ph.D., a journalist and a prolific researcher on human consciousness Lynne McTaggart, Bother Keshavananda from Self-Realization Fellowship, Hirohide Yanase, CEO of Environmental Consciousness Research Institute, and Professor Masakazu Tanatsugu, M.D., from Kyoto Prefectural University of Medicine. Although they are from different fields of specialties, they share very similar views on how the act of prayer influences physical bodies. The frontier science has reached a point to prove not only the effects on human bodies but also the significant connection between the state of human consciousness and the geomagnetic field of the entire earth.

Each year we experience natural disasters that are increasing in their magnitude. 311 East Japan earthquake, Tsunami and Fukushima Nuclear Power Plant accident in 2011 are still new to our memories and many people’s lives are yet heavily affected. Tsunami, earthquakes, floods, droughts… Are these intense natural disasters we experience in every continent giving us some sort of messages?

English subtitled Japanese documentary film, “INORI: Prayer ? Conversation with Something Great,” gives its viewers an opportunity to open their eyes and every possible senses to the urgent calls from the mother earth, and shares the wisdom to live through a new coming era of humanity. In October 2007, I was diagnosed with a brain cancer. Soon I started to lose many of physical functions that were necessary to live a life as a professional actor, voice-actor and a director of an independent film, and I was in a deep shock realizing how severely ill I was.

One day I suddenly started to feel better. I found out later that a group of children and their parents who appeared in my first documentary film, “Tamashiino Kyoiku ? the Soul Education,” got together to pray for my recovery as they folded paper cranes, a symbol of good fortune and longevity in Japan, at the exact time when I started to feel better. I was deeply touched.

This experience has led me to the research on prayer’s effect especially in the medical field. Recently, the frontier science has started to prove that prayer can go beyond the time and space and bring about great healing effects, as well as prayer and meditation’s impact on communities, countries, even the magnetic field of the entire earth.

Last year, Japan has experienced devastating earthquakes, Tsunami and Nuclear Power Plant accident. This year, we have had floods, tornadoes and heavy snowfalls which have caused enormous damages. It’s not only in Japan. Floods in Thai and Korea, volcanic eruption in Chili… Our world is facing series of unordinary disasters that we have ever experienced in our history.

Our state of being is now being questioned. It is time for us to change from pursuing a life based on an ego-centric “only me” or “only my county” attitude to “us” and “our world.” That’s simply because we cannot live by ourselves. We cannot live without water or air. Life is so beautifully intertwined, and we are kept alive because of its interconnectedness. In quantum physics, “individual” hardly exists because everything is interrelated. Nothing stands alone.

We are now reaching an era where we live based on the value of connectedness, the bond. Prayers and meditations will allow us to access the universal consciousness and that will give a great impact on the entire earth.

If we, as human beings, were able to hold our hands together and pray beyond our egos, I believe with all my heart that it would bring amazing changes to this beautiful planet.

INORI (Prayer) unites us all. 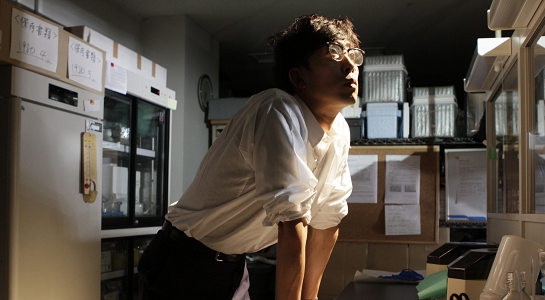